Waxing on Cannabusiness with LivWell (part II of II)

Waxing on Cannabusiness with LivWell (part II of II)

This month we’re talking again with our friends at LivWell Enlightened Health, one of the nation’s largest cannabis retail chains and cultivators, about the challenge, inspiration, and oddities of … well, selling weed.

In last month’s blog we spoke with three people from different departments about their backgrounds and what inspires them as cannabis industry professionals. For part II of this blog, we’re talking about the nuts and bolts of compliance and cannabis retail ops.

I. A high-stakes decision

One of the highest-volume retailers in the cannabis industry is LivWell’s Garden City marijuana dispensary in Northern Colorado.

And the busiest day

for the busiest of 14 Colorado locations

April 20th. Always has been, always will be. 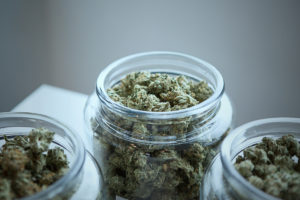 If you’re reading this you probably already know that 4/20 is like a combination of Independence Day and Black Friday for marijuana dispensaries (except 4/20, in contrast to Black Friday, is an actual holiday as far as I’m concerned).

Illinois native Mandy Leseure, the General Manager at LivWell’s Garden City branch, had a lot on her mind the week leading up to 4/20 this year. Her store switched to NCR Counterpoint—Anthea’s point of sale (POS) system—in the midst of the holiday shopping surge.

“We got the new system two days before 4/20,” Mandy recalls, “and we did that strategically because we knew our previous POS system would not be able to support what we were going to be doing that day.”

The POS system LivWell had been using frequently crashed, no doubt causing people’s blood pressure to skyrocket even on less busy days. The risks of not switching POS platforms included not only thousands in lost revenue over a single day, but also inventory tracking errors and liabilities.

So how did things pan out with this time-sensitive system overhaul?

The day itself was exciting, but the Counterpoint/Anthea transition went just the way Mandy had hoped: boring. … At least in the sense that nothing went wrong.

“I had staff members that used Counterpoint for the very first time on 4/20, so its ability to be user-friendly was fabulous,” Mandy states. “Basically, if they were able to read they could use it, and it didn’t crash once during that entire 4/20 sales binge.”

Sorry. This story would have been more interesting if things had gone horribly wrong. If you want to learn some fascinating background on 4/20, however, we recommend this podcast:

Criminal: The Meaning of 420 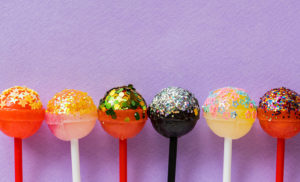 In addition to point of sale solutions, Anthea integrates marketing functions, seed-to-sale inventory management, accounting, and other systems seamlessly. Manager of Retail Compliance and Corporate Security, James Bauer, can attest to that. The previous system, he says, was pretty good for inventory tracking, but LivWell needed a single platform that everyone across departments—purchasing, accounting, marketing, auditing—could use. That’s important when dealing with what is perhaps the most heavily-regulated inventory in the country.

James says the State’s expectation regarding cannabis inventory tracking and compliance is perfection:

“Anyone who’s worked any retail job and has ever dealt with any inventory accounts knows no one’s perfect. The challenging part for us is we employ over 500 people—200-plus on our retail side—so to expect them to never make a mistake isn’t realistic.

“When a department store like Kohl’s would look at a missing tee shirt, they’d write it off and carry on with their day, … one medicated lollipop that we spent maybe six or seven dollars on can become a major liability if it’s unaccounted for.”

“If we have someone who forgets to scan that and it goes out the door, then during our audit our inventory catches that discrepancy. We have to launch an investigation and see where it went and how it occurred so that we can report that accurately and compliantly to the state. So, that’s one of my biggest concerns on the inventory end.”

An inventory management system that can integrate accounting, auditing, and other functions across departments not only makes occurrences like these less frequent but reduces the number of hours needed to investigate if they do occur.

Counterpoint is capable of generating over 40 reports, and James’ department uses six or seven on a regular basis, providing a “huge” operational advantage.

“The reports that you guys have provided us with, including the forensics and history reports that help us track down the sales ticket and who sold those products, and the ability to search with the Metrc number are key for us,” James states. “So that’s definitely been a huge benefit of moving to this platform: the reports that are generated from it.”

Where we’re at now, it’s never been better. The audits are quicker, our inventory counts are quicker, there’s more accuracy on them, and then the reports are huge.

III. The Wild West is behind us Tech savvy Danielle Biddy began at LivWell 4 ½ years ago as a budtender. Her promotions to Assistant Manager, Retail Project Manager, and now IT Systems Manager were driven largely by her technical aptitude and curiosity.

Danielle is glad to be working in a maturing industry. For her, Anthea’s solutions have played a big role, allowing LivWell to operate like a business in any other industry.

Nonetheless, industry-wide challenges, including sky-high compliance expectations, remain. That’s why you can’t skimp on tracking capabilities. Anthea’s solutions allow LivWell to track seed-to-sale with Metrc RFID tags and barcodes. Ensuring that each budtender is selling from the correct batch and being able to barcode products in-house are also extremely important capabilities. Only solutions providers with a cannabis industry specialty can offer these.

“Anthea is helping because we can specify that it’s Metrc-specific,” Danielle says. “We can make purchase orders on this product, which is not something you can do with other systems.”

Counterpoint’s reports also make it a lot easier to keep an eye on open transfers.

“The Anthea reports that we have are a lifesaver actually,” she says. “We have so many more options in terms of what we can get out of the system, such as transfers and alerts.”

Talk to one of our reps to learn how our industry-leading point of sale and inventory management solutions can keep the boogie man away from your cannabis dispensary.

Read Examining the Cannabis Industry with LivWell (Part I of II) to learn more about what inspires people in the cannabis industry and what keeps them awake at night.