Canada Beat Us To It!

Home / Cannabis Business / Canada Beat Us To It!

… but the recent introduction of two cannabis reform bills gives the U.S. something to talk about. 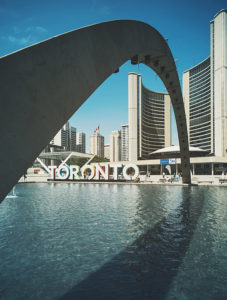 Canada just became the second country worldwide to legalize cannabis—an epic event for anyone interested in public policy or the cannabis industry. There’s no way to overstate the significance of this, but in terms of industry impact a couple developments here in America eclipse it.

There is, in fact, a whirlwind of legislative and other policy-related activity going on as I write. For the sake of not writing a book I’ll focus on two key developments: The STATES Act and the Marijuana Freedom and Opportunity Act.

If passed, the Strengthening the Tenth Amendment Through Entrusting States (STATES) Act, co-sponsored by Sen. Cory Gardner (R-CO) and Elizabeth Warren (D-MA), will be to the cannabis industry something like the SpaceX Falcon Heavy launch was to private space travel. In terms of its impact on the U.S. cannabis industry, the STATES Act will be the most significant event since the historic passage of Amendment 64 in Colorado and Initiative 502 in Washington.

This is even bigger than the Cole Memo (which Attorney General Jeff Sessions rescinded to little effect) because it would grant the industry a much higher level of legitimacy and shield it from the whims of the current and future presidential administrations.

Here are some key points: The STATES Act reaffirms states’ responsibilities as well as rights. Nobody below 18 is to be permitted employment within the industry, nobody below 21 may legally purchase recreational cannabis and cannabis may not be distributed at “transportation safety facilities such as rest areas and truck stops.” Violation of these and other strictures would remain grounds for federal intervention. That’s worth noting in case opponents try to portray the act as too permissive.

Sen. Warren’s office published a summary of the background, purpose and provisions of the STATES Act in this one-page document.

Above all, passage of the MFOA would provide advocates something they’ve been salivating over the mere thought of since 1971: rescheduling “marihana” to a less-restrictive place in the CSA’s inherently flawed controlled substances schedule.

The act contains a number of other provisions, some progressive and some conservative. These include creating a Marijuana Opportunity Trust Fund, authorizing $500 million for public health research related to cannabis, and additional funding for safety and enforcement programs.

States would retain every right to prohibit cannabis entirely. Well duh. We’re not trying to force anything down people’s throats.

Even centrist conservatives may balk at the Marijuana Opportunity Trust Fund, which would transfer the greater of $10 million or 10 percent of tax revenue from the industry into a fund for women or socially- and economically disadvantaged individuals. Some liberals will be peeved at provisions which assist state- and local governments in blocking people with prior cannabis convictions out of the industry.

The bill also authorizes up to $250 million in funding for highway law enforcement to develop advanced roadside diagnostics and strategies for flagging and prosecuting stoned drivers. Fine by me, but the far left won’t like it. The mere thought of driving 70 mph stoned scares the hell out of me, as it should anyone.

Whatever the MFOA’s likelihood of passing, I’m rooting for it.

Amendment X was put into place as one safeguard against an overbearing federal government. It helps define the relationship between the states and the federal government, significantly restricting the activities and scope of the latter (at least when the courts decide to uphold it).

Liberals and conservatives have alternately embraced and rejected the Tenth Amendment over the years. It bears special relevance to drug policy, however, because it places more of a burden on the federal government to justify intervening in state affairs. Under the Constitution, intrastate commerce is none of the federal government’s business. Ergo, advocates and lawmakers supportive of the cannabis industry have embraced it.

“The powers not delegated to the United States by the Constitution, nor prohibited by it to the States, are reserved to the States respectively, or to the people.”

The recent change of administration in the White House wasn’t good news for the industry, and Jeff Sessions—Trump’s staunchly anti-cannabis Attorney General—has become like this absurd boogeyman. Yet although this likely deterred investment it didn’t undo the immense progress that has been made from 2012 to date.

A lot of voters who favored cannabis legalization for decades never really thought it would happen and may still think the legal status of marijuana is tenuous. But nobody’s putting this genie back in the bottle. Whatever setbacks occur over the next decade, the industry will keep plowing forward. The short, medium and long-term outlook for legal cannabis are all fantastic.

P.S. Congratulations to our friendly neighbors to the north. We’ll break bread together again one day.

Talk to one of our reps to learn how our industry-leading point of sale and inventory management solutions can keep the boogie man away from your dispensary.