Examining the Cannabis Industry with LivWell (Part I of II)

Examining the Cannabis Industry with LivWell (Part I of II)

This month we’re talking with our friends at LivWell Enlightened Health, one of the nation’s largest cannabis retail chains and cultivators, about the challenge, inspiration and oddities of … well, selling weed.

Three people from different departments were kind enough to share their insights and experiences with us. We’ll start by discussing what inspires them and then talk about the nuts and bolts of compliance and cannabis retail ops in part II.

I. James Bauer, Manager of Retail Compliance and Corporate Security

James Bauer, a former combat medic in the U.S. Army, returned with an injury from his second tour in Afghanistan in 2010 after serving with the 1-66 Armor Battalion, 4th Infantry Division. He transitioned into the cannabis industry after being honorably discharged in early 2013 and joined LivWell a little over three years ago.

“If there’s one lesson I learned during my tours of service that has helped me in the cannabis industry,” James says, “it’s: be prepared for anything.”

As of January, James oversees the entire Retail Compliance and Corporate Security department. Given that LivWell has 14 dispensaries in Colorado, one in Oregon, and several large grows in Colorado’s Front Range, it’s safe to say his knowledge of cannabis goes far beyond knowing the differences between Sativas and Indicas.

What lights you up about the cannabis industry? 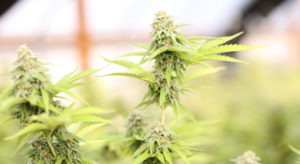 “It’s important to me being a veteran because I see my buddies come home and from my observations, they’re prescribed 20, 30 medications. In my experience you take one medication for one problem but there’s three side effects and then you’ve gotta take three medications for those side effects. And next thing you know, you have like 20, 30 prescriptions. I’ve spoken with so many of our patients and customers who say that cannabis can help them in ways they feel are far superior to these more traditional kinds of medications.”

“I came home diagnosed with PTSD, they had me on all kinds of medications. And since I’ve gotten out and gotten into this industry that’s been one of the biggest game changers for me.”

“Obviously I’m biased here, but if we’re willing to send these guys to the other side of the world and put them through worst-case scenarios and nightmares, and in my opinion, I think it’s important for us as a country to give them anything and everything that’s going to help them get back to where they need to be. So me personally, I would say that’s one of the more enjoyable aspects of being a veteran and being in the cannabis industry.”

“So what lights me up about cannabis? Just being a part of the industry, and specifically being a part of LivWell, because we do strive to do it right, follow every single rule and be the example.”

Originally from Illinois, Mandy has been with LivWell for two years at the Garden City location. She got into the cannabis industry by accident, which she laughs about to this day.

“When I applied to LivWell Enlightened Health I thought it was a health food grocery store. … So after I got called for an interview I started really looking into the company and making sure I had all my Ps and Qs straightened out. And then I realized it was marijuana.”

What gets you out of bed in the morning?

“I get to sell and talk to people about weed all day long. That is just the coolest thing that I’ve ever been able to do, to actually speak openly and honestly about what I believe this product can do for people that need help. Mandy interacts daily with people on both the medical and recreational side of the store, so she knows people who smoke or consume cannabis aren’t all party animals and concert-goers (although there’s nothing wrong with that!). Cancer patients and caregivers make up the largest patient segment at the Garden City location she manages—which is significant.

Mandy frequently speaks with patients and consumers who tell her that cannabis helps them cope with chronic pain, opioid withdrawal, anxiety, post-traumatic stress disorder (PTSD) and a laundry list of other things. Her oldest patient (adjusting for life expectancy because the patient is a different species) may be a 30-year-old elk who uses LivWell’s CBD pet tincture to manage arthritis.

“I was a flower person first, and I still am,” Mandy says. ”But I’ve really learned to appreciate CBD products in general. My favorite ones are tinctures and patches. I used both of them after my surgery because the painkillers they were giving me were making me sick. So I quit taking those and just started using tinctures and patches.”

“I fell in love with those and now everybody in my family uses them.”

Check out LivWell’s primer on CBD and browse products

Danielle moved to Colorado from Texas in 2013 to be part of the cannabis industry and soon found employment at LivWell, where she just completed her fifth year. She had never been in a dispensary before interviewing at LivWell.

What inspires you about working in cannabis? “Mostly just seeing how many people actually use cannabis and how many people this is affecting. Scientists, artists, businesspeople, young adults, vets—it’s amazing to me how all these people are brought together over a plant. It was illegal for so long, it kinda blows my mind.”

The many challenges related to both public perceptions and the cannabis industry’s rapid growth are a call to arms for Danielle. The U.S. has come a long way in terms of accepting the industry as a legitimate business enterprise in the last five years. Still, she continues challenging herself with questions relating to those fundamentals:

“What can we do next to show people that this is a real industry, a viable product? How can we innovate and make this better as an industry, a product, as a whole?”

Anthea has been a big part of that at LivWell, helping to coordinate activities between departments, ensure compliance and keep things running smoothly at the point of sale.

“Being able to run it like a normal company has just made a huge difference,” Danielle says. “I mean we’ve just saved so much on labor costs and time management.”

“Our last system, it crashed on a daily basis. So having a system that’s reliable makes a huge difference. When the system goes down and you’re writing hand-written tickets that’s not good for business. The reliability of Anthea is just a huge weight off our shoulders.”

Stay posted for part II of this blog where we’ll talk in more detail about the challenges of working with what may be the most heavily-regulated inventory in the country.